We departed to Galeri Wau Pak Sapie, which is along Jalan Pantai Cahaya Bulan. Upon reaching the gallery, I was given the chance to try the Sony Alpha 9 (a9 [Shashinki]). So I immediately took off my Sony 16-35 Zeiss lens from my Sony a7ii and attached the lens onto the a9. 😆

In my hands, the Sony a9 didn't feel much different from the a7ii in terms of weight and feel. They seemed to be basically the same design, if not similar.

Then I tried the high-speed continuous setting and got amazed on how silent it was while photos were taken.

Yes, you are right. The high-speed continuous setting is best used in sports and wildlife, not here. 😅😆

Here are some photos taken at the gallery, some with the Sigma 35mm f1.4 Art lens adapted using Sigma MC-11 adapter (all photos are edited in LR CC) :

Nope. The eye-af didn't work on this old man. Somehow the eye-af was no match for his facial features. However, it worked flawlessly on this little girl who was just outside.


One last photo with Pak Sapie before I walked to the bus... 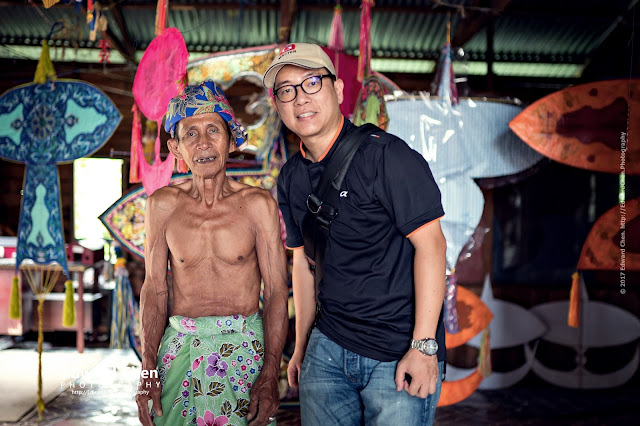 What do you think?

If you are interested in the Sony Alpha 9 (a9), you can consider getting it from ShaShinKi. I will get some commission if you do purchase it there. Thank you.